Reaching out to Tomorrows Heroes of Conservation

Today’s children have the ability to be tomorrow’s heroes of conservation, and as such we have established an education programme that spans all age groups and aims to instill a passion and respect within them for our wildlife.

On The 6th October, we were able to share some of our passion with the foster children of Meyerton Child Welfare, when we were invited by Child Welfare’s Jenny Barnsley to give a presentation to the children about big cats, lions and in particular the dangers of lion cub petting and the links to canned hunting.

The concept of wildlife conservation is a foreign one for many of these children, having never being exposed to the topic before – many of them have never seen a lion or elephant or giraffe, which made our task all the more important.

More than 100 children attended, all excited and ready to get started – the presentation began with the deep sounds of the Lion King Song.

Actress Anji Woodley began with a unique ‘one woman show’ about a young girl called Alice visiting South Africa for the first time, while a room full of children and parents looked on in delight …. Before a shock greeted the children, as Alice found out what really happens to the lion cubs that are bred for tourists to pet. The dramatic story would tell the children that the little lion cubs they pet and play with, are then sent away by the bad men for even more bad men to shoot. It was a brilliant way to express to the children through a dramatization such as this, to understand how dreadful lion cub petting truly is.

Angelique McAdam, from Captured In Africa Foundation’s friends in conservation Pit-Track AntiPoaching, using her extensive knowledge of children after her work with child welfare, then gave an impassioned talk on why every child in the room was special and vital to the survival of our wildlife. Angelique’s talk included her work with Pro-Track Anti-Poaching and the very special K9’s they use as part of the team’s work to fight poaching.

To top the day off – Nick Lynch of WildiZe Foundation stepped up and thoroughly entertained the children with “beyond accurate” depictions of animals and their sounds. Within no time the children were mimicking animal calls and laughing hysterically.

We then sat with the children outside and as a final fun activity, both the children and adults coloured in some amazing African animal outlines. Some of the little ones had fun with the playdoh we had supplied and all of the children took great delight in showing us the animals in their pictures, some asking us what colours they should use, others going all out and using every colour they could get their hands on. The children were very proud to hand back their work to us, and were obviously very happy with the day.

As part of this special day organized by Child Welfare Meyerton, a regular tree planting activity was organized, with the community all participating and showing off their ‘green fingers’. It’s crucial everyone understands the importance of caring & nurturing the environment.

Children are undoubtedly the only hope that our wildlife and wild places have, and there are few words to describe how it feels to connect with a child and see passion light in their eyes. The day was not always an easy one – with young children, from disadvantaged backgrounds, and sometimes a language barrier, we had to improvise and tailor our presentation to them on the day; but we have no doubt that we made an impact, and that many of those children will spread the word on cub petting, saving our wildlife and of course – how to mimic a Red Eyed Dove!

When asked at the end of the Captured In Africa presentation if the children wanted to see animals wild and free, a resounding yes was the clear answer. 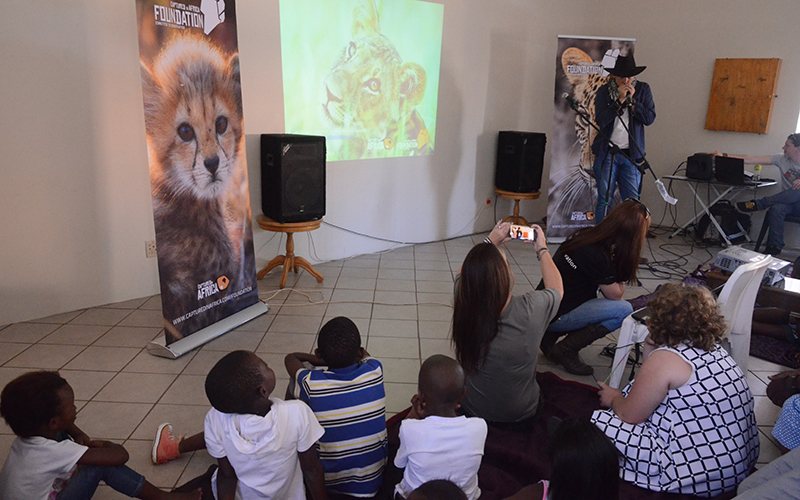 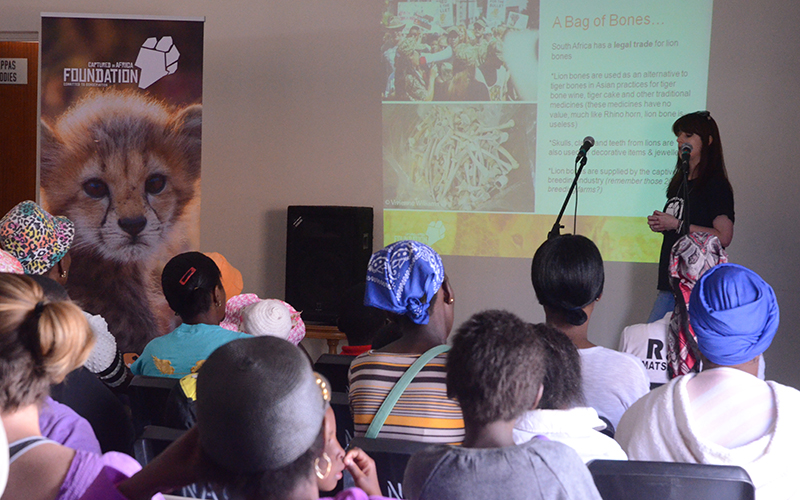 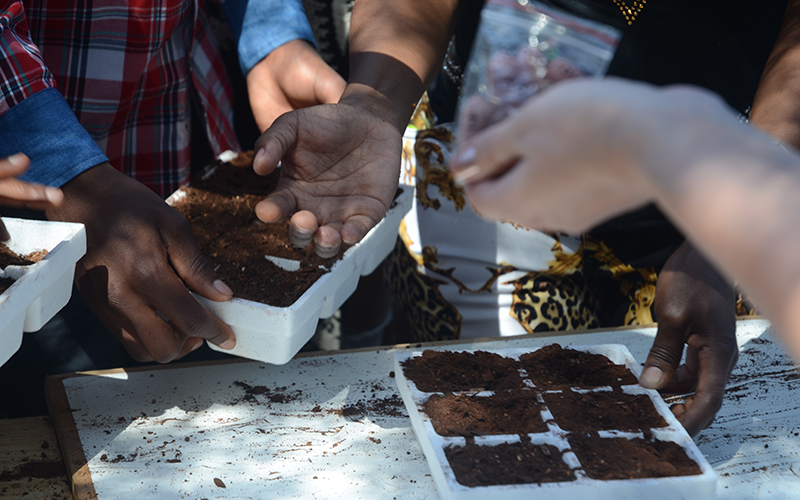 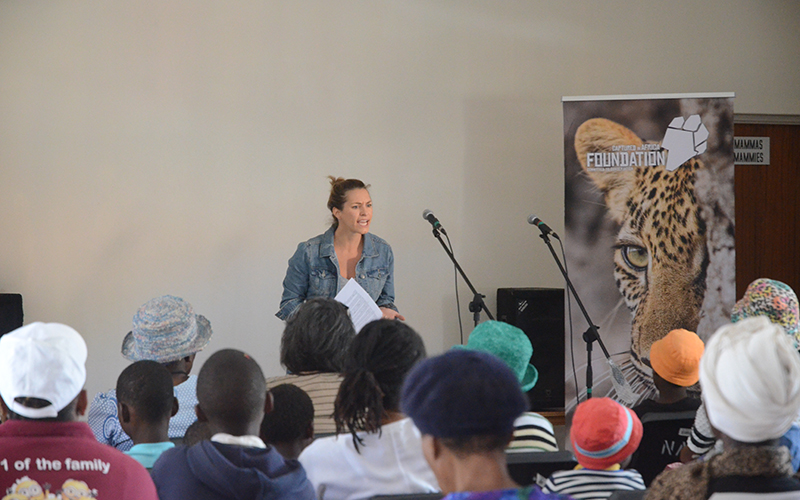 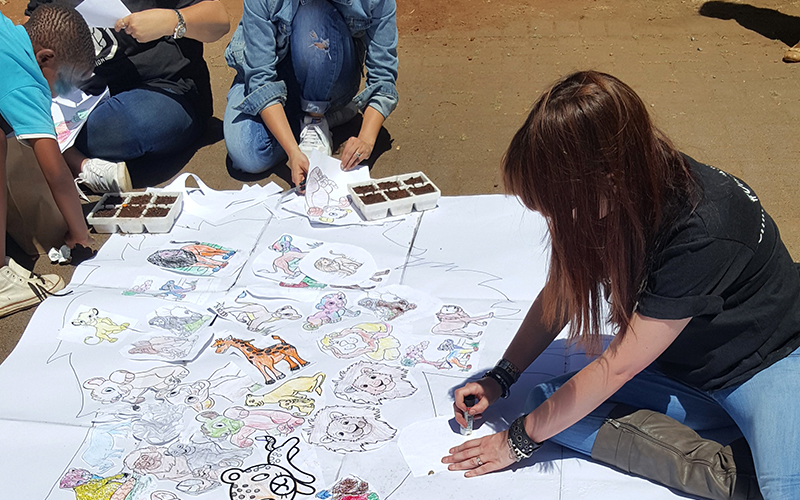 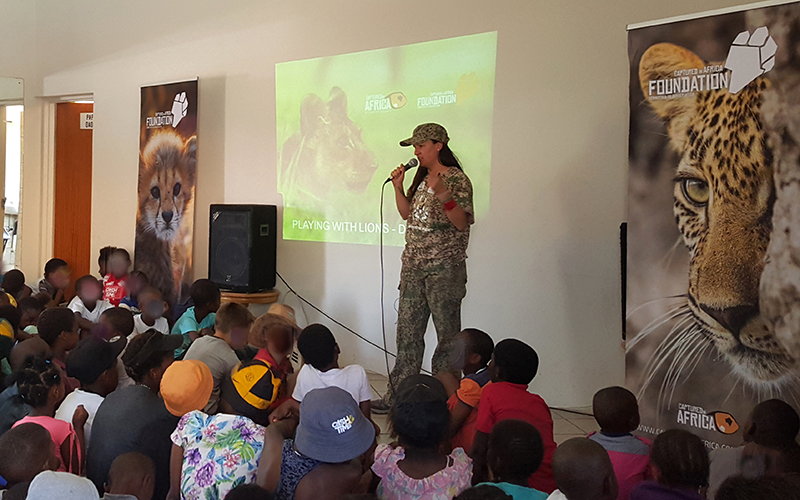