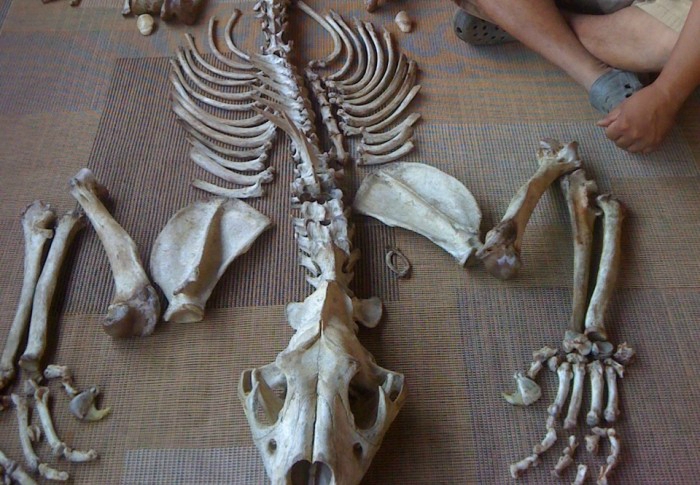 On January 18th 2017, CITES held a member stakeholder feedback session, where South Africa’s Department of Environmental Affairs (DEA) announced that it would seek an export quota for 2017 of 800 captive bred lion skeletons (bones).

This follows CITES CoP17 meeting of member states held in Johannesburg in September 2016, where it was decided that South Africa could possibly trade in lion bones, if it were proven to be none detrimental to wild lion populations. This decision was met with much disagreement and contempt from NGO’s, conservationists, scientists, economists and general public. It also followed the failure of the African Lion (Panthera Leo) being up-listed from CITES Appendix II to Appendix I, which would have afforded lions more protection under tighter CITES trade regulations.

Captured In Africa Foundation categorically condemn the proposed quota by the DEA as having zero value to conservation, nor any scientific evidence to support such a trade from what is already an exploitative and out of control industry.

Furthermore, captive breeding of lions carries many off-shoots including captive lion hunting (aka canned hunting) and the hugely controversial and misleading cub petting tourism industry – whereby captive lion farmers externalise their costs of breeding by loaning and trading lions between facilities, who then offer lion cubs to tourists to interact with. A terrible industry where lions are subjected to being nothing more than a commodity to those profiteering from this destructive and abusive industry. The time to end this terrible industry is now.

The Department of Environmental Affairs issued a media release requesting public comment on their proposed export quota of lion bones. With submissions due by end of 2nd February 2017.

You can read Captured In Africa Foundation’s full written submission to the DEA below.

We must stop this.

How you can help

Send your thoughts on why you contest South Africa trading in lion bones to;

Sign our petition: CITES: Give Lions the Due & Proper Protection they Deserve

Main image: An alleged member of the Xaysavang syndicate poses with a set of lion bones, supplied by Julian Rademeyer

A MESSAGE FROM OUR PARTNER IN THE FIELD, PIT-TRACK K9 CONSERVATION

K9 Hulk was attacked by a swarm of bee's & was stung in excess of 450 times while on his Deployment at the Care for Wild Rhino Sanctuary & had to undergo emergency treatment and a blood transfusion to save his life.

Vets worked timelessly to extract blood from a donor Dog and through intensive care have managed to save Hulks Life.

Hulk is Still in recovery but we are left with a huge vets bill to cover.

With all Consideration from Vet and a well Appreciated Discount we are In Serious Need to Raise R9 133.70 to cover the relevant costs as our allocated Veterinarian Services Funds have left us R60 000.00 in Debt this Year so we are requesting financial help and Consideration.

We will keep everyone updated on Hulks Recovery and would sincerely appreciate any support. We have Interactive Corporates and Individual Membership programs that we would be happy to offer in lieu of any support as these funds are allocated to K9 Conservation and Anti-Poaching we can use it to pay Vet Bills.

K9 Hulk was Deployed on The Front Line of this War against Rhino Extinction .... Please help me put him Back where he Belongs .

Poor dog, hope he is going to be well cared for❤️

I'm praying for him to get better

How can we help?